This clay tablet shows the Babylonian World from a bird-eye view. The region is encircled by ‘the bitter river’ and straddles the Euphrates. The inscribed circles on either side of the Euphrates are a fairly accurate indication of cities within Mesopotamia. The triangles on the outside are understood to belong to legendary beings, one in particular as the mountain where the Babylonian Ark landed after the Flood. This is shown to be beyond the Urartu (Ararat) mountains.

This board game was discovered in a least six graves in the Royal Cemetery. All were inlaid with shell, red limestone and lapis lazuli. The game was popular across the region for about 3000 years. 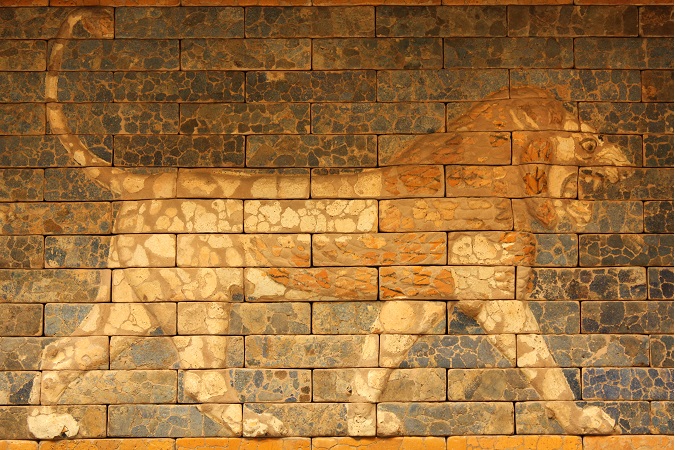 In 1869, Sir Austen Henry Layard offered his wife a gift ‘created’ by a London jewellery firm that took ‘inspiration’ from ancient objects. The individual components were retrieved by him from excavations in the Middle East (specifically Nimrud and Nineveh) dating back as far as 2200 BC. 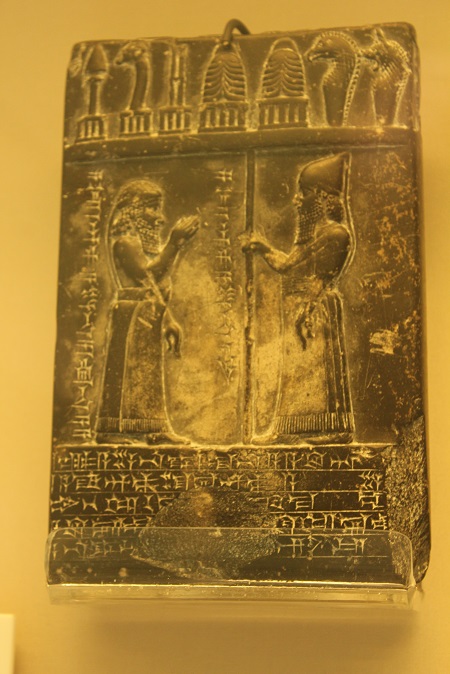 This stone tablet records King Nabu-apla-iddina, in his 20th year, restoring lands to a priest. The King wears a royal hat and the priest raises his hands in salute. Above them, 13 symbols of gods protect the legal statement.

Several lyres were found in graves at the Royal Cemetery of Ur. The silver that remains on the bull’s head is original. The stones and dye are also original, but the strings and pegs are not.

Thought to represent Ishtar, the ancient Mesopotamian goddess of sexual love and war, or potentially her sister Ereshkigal of the Underworld. The rod and ring of justice that she holds are both symbols of divinity.

The skeleton of this royal guard was disinterred at the entrance of the royal tomb. His helmet and skull crushed at the age of 18-20. X-rays of his teeth show that he did not die immediately.

This was found in a grave, but its original function remains unknown. Each side shows a difference scene, with the two longest demonstrating war and peace time. 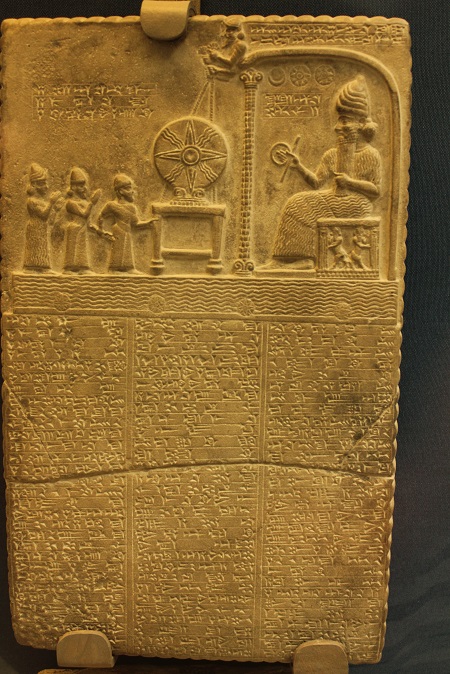 This tablet recounts the destruction of the statue of the sun god Shamash and his rites interrupted. King Nabu-apla-iddina ordered a new statue to be built resembling the original and the tablet records its reinstallation. Shamash holds the rod and ring of justice.